There is More to Sentence Correction than the Grammar 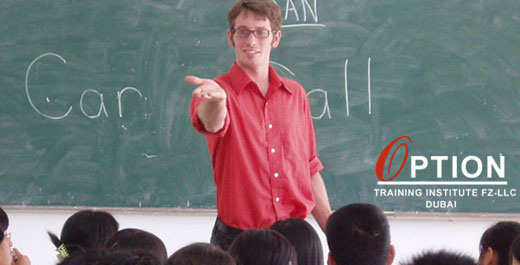 Why is it that even after a fairly rigorous GMAT Prep schedule students are unable to display readiness to tackle the sentence correction questions on the GMAT? One likely explanation for this is that the prep though ‘rigorous’ was not holistic; possibly the prep diligently focused on the ‘ most important rules’ that are touted to popularize GMAT materials and in the bargain overlooked the ‘little’ issues that constitute a complete understanding of the sentence correction content.

While preparing for the kill, it is essential to learn to be a little unconventional and less academic in one’s approach to solving/correcting sentences. This ‘unconventionality’ manifests itself variously and can differ from test-taker to test-taker. All the same it is not as if there is no pattern in this madness. There is. And what I shall enjoy sharing here are some of the unconventional, almost ‘renegade,’ strategies I openly advocate in grammar/sentence correction modules with GMAT –takers training with me. Start by punishing yourself to manage a sentence correction in 30 seconds. This is the first step in the preparation. To achieve this ‘impossible’ goal you will have to find ways to cut down on time and believe me those ways cannot always be bookish and traditional.

Here are two sentence correction tasks which I shall attack using the most unassuming grammar concepts available and work to solve the questions in the minimal time.

Found throughout Central and South America, sloths hang from trees by long rubbery limbs and sleep fifteen hours a day, moving infrequently enough that two species of algae grow on its coat and between its toes.

(B) sloths hang from trees by long rubbery limbs, they sleep fifteen hours a day, and with such infrequent movements

(C) sloths use their long rubbery limbs to hang from trees, sleep fifteen hours a day, and move so infrequently

(D) the sloth hangs from trees by its long rubbery limbs, sleeping fifteen hours a day and moving so infrequently

(E) the sloth hangs from trees by its long rubbery limbs, sleeps fifteen hours a day, and it moves infrequently enough

Remember that when the sentence is non-underlined at the end, there is bound to be content here that should be used to discover the status of the underlined portion. While reading the non-underlined portion, the appearance of ‘it’ is significant and clearly establishes that the noun to which the ‘it’ refers has to be singular. But when that pronoun – noun connection is made, it is evident that the ‘it’ refers to the ‘sloth’ and that it is impossible then to have answers using the plural ‘sloths.’ So A, B and C go; selecting from D and E should be easier than selecting from all! Here 2 rules help- one, a ‘so’ before ‘infrequently’ will better complete the ‘that’ sitting non-underlined after ‘infrequently’ than will ‘enough.’ Also, when constructing a parallel structure, we must never repeat the subject common to the parallel after ‘and.’ So when we say ‘hangs………., sleeps…………, and it moves……..” it is blasphemous to use the ‘it’ after and. Hence E is out for two reasons – the ‘enough’ that does not sync with ‘that’ and the ‘it’ after ‘and.’

All the rules used to pick the right answer are basic grammar rules and are often neglected for just this reason – they are too simple. Truth is that the GMAT sentence corrections can be tackled either at a very intellectual level or then, as is common, at a very amateur level sharpened by a high level of assurance in one’s grasp of basic rules.

Because the Earth’s crust is more solid there and thus better able to transmit shock waves, an earthquake of a given magnitude typically devastates an area 100 times greater in the eastern United States than it does in the West.

As always, the key to good sentence correction is to focus on the non-underlined content. In this question this rule may seem not to work or may lead you down a wrong path if you miss the importance of ‘there.’ When you read the opening non-underlined clause – “Because the Earth’s crust is more solid there……………………., ………….” it must click that this ‘there’ needs to be identified immediately after the comma before we can proceed with more information. Naturally then, the correct underlined portion after the comma must pertain to location. If this simple reaction to content can be learnt as a skill, we shall eliminate A, B and C and work only to select from D and E which refer to location. If the responsiveness to ‘there’ is not active, it can take more than necessary time to solve this task and then too the outcome can be worthless.

It is imperative to sharpen not only one’s knowledge but also one’s agility – the skill to bend, break, twist and turn knowledge to achieve the optimum in the minimum time. At Option Training Institute, Dubai, the GMAT Verbal trainers are innovative, experienced and masterful, capable of turning a simple class into a world of discovery!